Our VISIONARY, Alexander Milne emigrated from Scotland in 1776.  He was born in 1742, in a small northern Scotland village along the River Spey. The river was known as Fochabers. This is where the history of Milne Developmental Services begins.

His young life began as a footman to the Duke of Richmond and Gordon.  When directed to disguise his red hair by powdering it, young Milne took leave of his position seeking a new life in America.  As Milne became settled in New Orleans, he prospered in the hardware trade and a brick making business.  Milne’s brick making products were in huge demand following the Great New Orleans Fire on March 21, 1788.  This was a massive fire destroying 856 of the 1,100 structures primarily in the French Quarter and adjoining areas of New Orleans.  Shortly thereafter, another massive fire took place on December 8, 1794.  Another 212 buildings were destroyed in the city of New Orleans.

Milne was insightful beyond his years; civic minded, and inspirational to all of his esteemed colleagues, friends, and governmental leaders. Two years prior to his passing at the age of 96 in 1838, Milne crafted his will with his close friend and confidant.  His attorney put Milne’s words to pen citing the following: “It is my positive wish and intention that an asylum for destitute orphan boys and another for the relief of destitute orphan girls shall be established at Milneburg, in this parish, under the name of the Milne Asylum for Destitute Orphan Boys and the Milne Asylum for Destitute Orphan Girls.”

Thus, was the beginning of Milne Developmental Services! Through the years, Milne has adapted and changed, always seeking innovative service delivery models that continue to ensure that the individuals we serve achieve the highest level of independence possible.

For all practical purposes, the organization languished during the Civil War and among outbreaks of yellow fever and survived haphazardly until Governor Blanchard of Louisiana replenished the Board and appointed a very talented and gifted woman, Miss Jean Gordon to guide and lead Milne. As an organization seeking to help young girls and women, Milne truly found its calling as Miss Gordon was enlisted to lead this organization. Gordon’s knowledge as a social worker served to make her a gifted leader in seeing the tremendous need to assist these women who were unable to do so by themselves due to their mental and physical challenges.

In the early 20’s the physical structure was outgrown as the organization needed to expand its Kenner facilities and relocate to the Gentilly Boulevard region of New Orleans, then known as Milneburg. Throughout this period, Milne had its own home-grown garden, dairy, chickens and livestock on their property right up to World War II, when the growth of New Orleans developed new city-wide ordinances restricting farming within the newly expanded city limits. In the fifties, once again it was time to renovate and to rebuild new quarters for the women and staff. Throughout the remainder of the 1900’s, Milne continues to serve adult women with developmental and intellectual disabilities.

In 2005, Hurricane Katrina altered permanently altered the course of the community. Residents evacuated to Laurel, Mississippi and the Gentilly campus was destroyed. In 2015, after 10 years of hard work and planning, Milne residents return to a new community called Milneburg, located in Waldheim, Louisiana. A new model of service is enacted whereby residents are served in a single-family home type community. Milne begins to serve males with developmental and intellectual disabilities in 2017. Milne leadership work to integrate residents into the larger community of Covington and invite the community to share in the lives of Milne residents, promoting inclusion and freedom of choice for all residents in our supported living neighborhood.

Alexander moved from Scotland to New Orleans where he became a successful entrepreneur; in business as well as real estate.

Mr. Milne passed away in October.

The legislature passed two acts of incorporation for both Asylums.

Miss Jean Gordon, mental health advocate and pioneer was appointed President of the Board for the Girls’ Asylum. 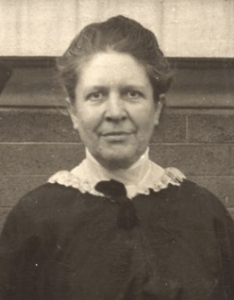 1913 Gentilly Boulevard was bought for the ladies of Milne Home.

Hurricane Katrina destroys the property on Gentilly Blvd. Residents evacuate to Laurel, Mississippi and set up a temporary community in an unused nursing home. 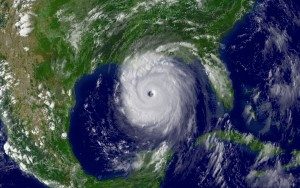 Name is changed to Alexander Milne Developmental Services to reflect services to adults with intellectual and developmental disabilities. 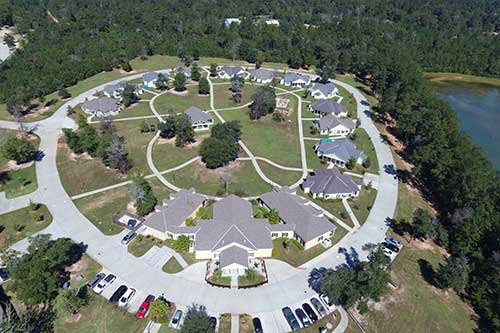 Milne accepts its first male residents as it expands its service model.